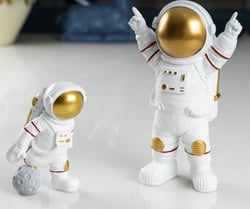 How old were you when you knew you were doing exactly what you were meant to do?

Most of us, when we were kids, would have a dream of what we wanted to be when we grew up. I remember alternating between a helicopter pilot, a truck driver and a customs officer (yeah, I know - left field one that).

My brother knew at the age of five that he wanted to be a firefighter. When he became one at the age of about twenty he discovered that it wasn't all he thought it was going to be. But, he'd fulfilled his dream.

Me? I never did learn to fly or get an HGV licence and the nearest I've come to customs is passing through the green channel on my way home from holidays.

I kind of drifted from one thing that seemed like a good idea to another. An apprenticeship after school, which taught me very early on that redundancy is scary but survivable.
If you've read my bio on my website you'll know that after seven years working for MoD companies I ended up in the world of Motor Racing.

What I learnt in that industry was priceless. I discovered what results good management could bring. I also found out how damaging a toxic environment could be.

I met and worked for some of the most inspirational people I could have ever imagined. I tried to emulate people I admired and I learned from people with great experience and wisdom.
I didn't know what I wanted to do with this knowledge but I knew I wanted to keep hold of it.

Then, 29 years after leaving school, I found myself working in a part of the business that really excited me. I worked on projects to improve peoples' health and wellbeing. I sat in meetings with some of the country's top neurosurgeons and ran projects with a Premier League Football Team.
I worked briefly with a Wimbledon Wheelchair Tennis champion and Paralympic Gold medallist alongside running a F1 driver simulator with some of the best talent on the grid.

All the time, I sucked up knowledge and experience. I listened carefully and engaged with people who in other worlds I would only have read about.

I'll be honest, throughout all of this I battled my own demons. Sometimes my mental health wasn't what it could have been and I hid from it by working harder.
I would keep on pushing forwards so that I didn't have to stop and think.

Everyone knows that we can't hide forever though and eventually things caught up with me. Thankfully I was able to deal with what I had to deal with and find new ways of being me.

Then something truly special happened...

I was given an opportunity to totally change direction and start my coaching business.

Everything I have learned since leaving school, all the hours soaking up wisdom, the inspiration I've taken from true giants, the ordinary people I've met with extraordinary stories - everything has lead to this time.
It all comes together now to make me who I am and allow me to help and inspire other people.

48 years after leaving school, I became exactly what I want to be.

It's never too late. 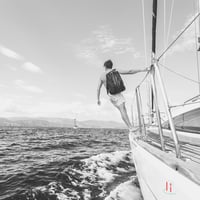 “You’re going to need a bigger boat.” Arguably one of the most famous and requoted lines from a... 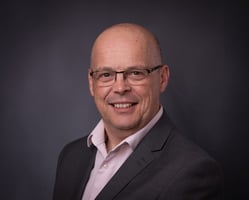 Hello, I’m Paul, I’m a Life Coach based in Surrey , England. I want to help you become the absolute...

Do Penguins Have Knees..?

How can you keep learning in adult life, without going back to school or embarking on time...